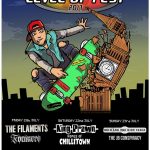 Be Sharp Promotions (London), El Topo Bookings (Belgium) and Fishlock Promotions (Bristol) have teamed up to start a brand new festival to be held at South London’s New Cross Inn called Level Up Fest. So far Level Up Festival has announced 6 bands including their headliners, Big D and the Kids Table, King Prawn and […] 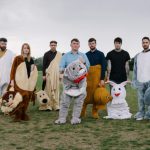 On the 16th of January, UK indie heroes Los Campesinos! released the second single, “5 Flucloxaillin”, from their up-coming full length album, Sick Scenes. Because Sick Scenes isn’t due out until the 24th of February, all I’ve had to go on since their last record, No Blues, is the two singles thus far released for the […]

How was 2016? Band-wise: pretty good. Life-wise: the worst. But you don’t want to hear about that. What was your favourite moment of the year? You’re supposed to say “making our new record” when you’re plugging your tat, but it was genuinely fun. Past recording experiences in Grey Hairs have always been a bit like milking a […]